Picking a Name for Your Pet

I have had many pets over the years and currently own a small petting zoo, of 4 cats and 2 dogs. I think the naming process has always been the hardest part. I dearly love my pets, and treat them like family. It is like adding a family member when they come to my home.

When my children were small I would let them name our pets. As they grew older we named them together with names taken from the comics or books they were reading. Now that they are grown the naming has fallen on my shoulders and I see a bigger variety of names in the household.

Matches is a gorgeous calico cat with swirls of color all through her coat, until you get all the way to the tip of her tail which is all white, like the tip of a matchstick. Opus, a rescue cat, was very small and injured when I first brought him home. My kids and I were still naming pets from the comic strips and he was an all black kitten with a puff of white hair on his belly. I could see a little penguin coloring in him, however, I was wrong and he grew into a sleek black cat with an extraordinarily long tail.

I rescued Lucy during an extremely hot summer. At first she seemed quite sad, perhaps missing her previous home and I, too, had been feeling a bit moody.  I was looking through the Sunday comics, and it came to me. I named her Lucy, so she can give out advice for a nickel. Funny, it took her two weeks to make a sound, and now she just barks for fun. Linus was just a given for him, he came wrapped in a blanket, and that is all he does - snuggle.

Pixel, she was a handful to catch. She was living in the walls of an abandoned home. Then when I did catch her, she caught herself up in the furnace, climbed through the gates, and clearly did not appreciate being confined. I gave her some thought, and came up with Pixel. Robert Heinlein wrote a book The Cat Who Walks Through Walls and the name came from the book.

Last, but not least by far, is an abandoned cat that I care for outside. I did not know if it was a male or female until recently. It took me nearly a year to get close enough to pet the cat, and only recently am I able to pick up and handle it. He is a large fluffy white cat with a huge gray spot on his back. I call him Spot. He recently took up residence in the house and is doing well.

I’ve taken a look, out of curiosity, to see what others name their pets and found a top ten list:

This list is of the top 10 dog names used in the United States according to www.mans-best-friend.org.uk. I see that Lucy made the top 10 list. My grandmother had a French poodle named Rocky, although it was named for her ex-husband Rocky… I always thought that was a little strange, but funny.

Well, I have confessed all the crazy reasons I had for why I named my pets what I did. What did you name your pets and why? I’d love to challenge each and every one of our readers to write in and send a picture of their pet and tell us why they named their pet what they did! 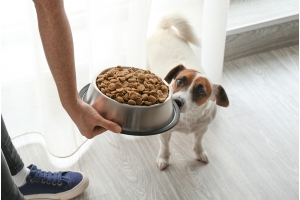 Tips for Transitioning Your Dog's Diet 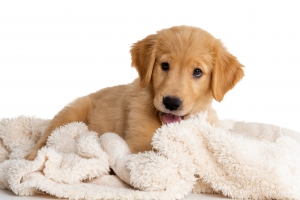 How To Read Your Dog's Body Language 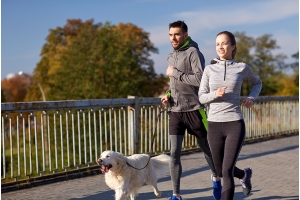